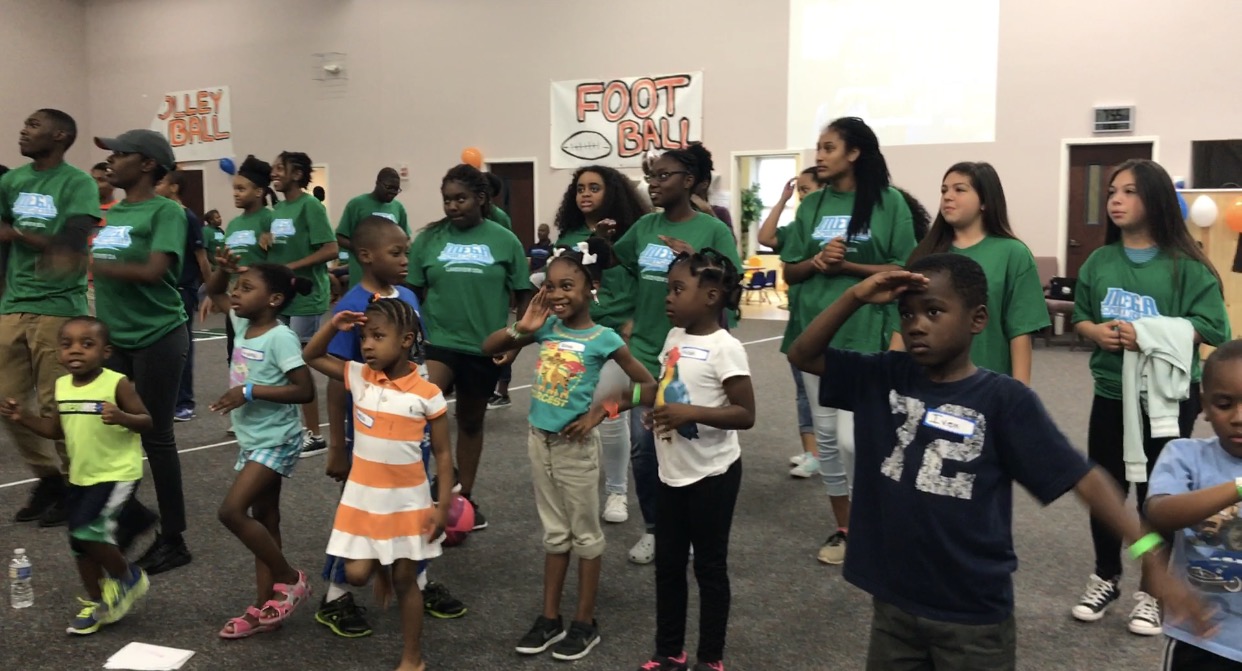 When asked if they’d enjoyed the annual vacation bible school, the children of Lakeview Seventh-Day Adventist Church said it was the best they’d ever been to.

Vacation bible school volunteers took a break from the routine and chose the sports camp package, which offered sports as a way to get kids out of their seats and into the word of God.

“We wanted to do something that would give kids in the community, ones who don’t typically go to church, an opportunity to meet Christ in a way they would understand,” McCoy said.

The kids learned to relate the VBS word of the day to sport stories as well as stories of the Bible. For example, Nyssa said on the first day of VBS, the word of the day was prepare. The kids learned the story of Jeremy Lin, a famous basketball player that had to prepare for the NBA. That present-time story was presented with the story of David and how he prepared to fight Goliath.

After tackling her first VBS, Nyssa suggested a word of advice for next year’s event.

“One thing that can be improved is getting the word out to the community and other churches,” she said. “This was a great program and I wish many other kids could have gotten a chance to be apart of it.”