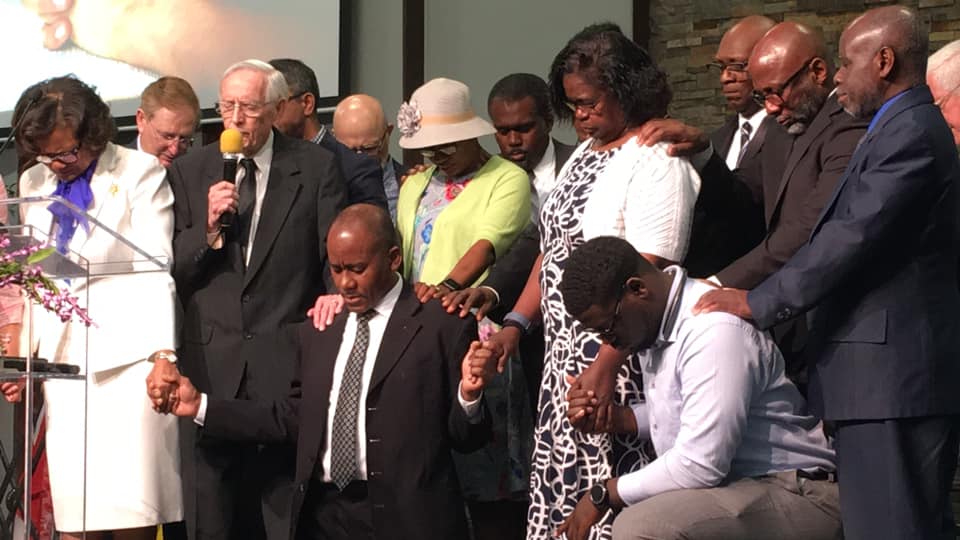 2 years ago Peter was offered a job in Tennessee that he graciously declined. His local job was going well. Then it started to go downhill. So recently he called the Tennessee office to see if the position was still available. Come to find out that it would be when the current employee retires next month!

Peter and his wife Angela decided to drive up there to meet the future employer whose relative had a rental at an unbeatable monthly payment until they found a permanent home. It just so happens that the local SDA church was a stone-throw away!

While visiting the church on Sabbath, they realized they had needs and Peter and his family were welcomed with open arms! Angela also was offered a job as an Adventist School cook after speaking to a lady who serves as one of the chairs at this Adventist School!

When we are faithful to God He is faithful to us! We wish Peter and Angela all the best and God’s continued blessings!

Once again we would like to express our appreciation for being part of the Lakeview family and will always be. We are truly thankful for the love of we received, and that you allowed the Holy Spirit to use you to bless us.

However, our transition was not without incident. On Tuesday, as we were traveling, the U-Haul truck broke down, and after 6 hours of waiting it was towed back to our house. The next day we unload and reload to a new truck and went on our way.

When I was making a wide turn into my driveway in Tennessee, a pizza delivery car tried to undertake and ran into the side of the truck. The driver was taken to the hospital with a few cuts and bruises. I would like to thank God that it was not worse! Continue to keep us in prayer as we do the same for you.

Attached is a picture of the scene: